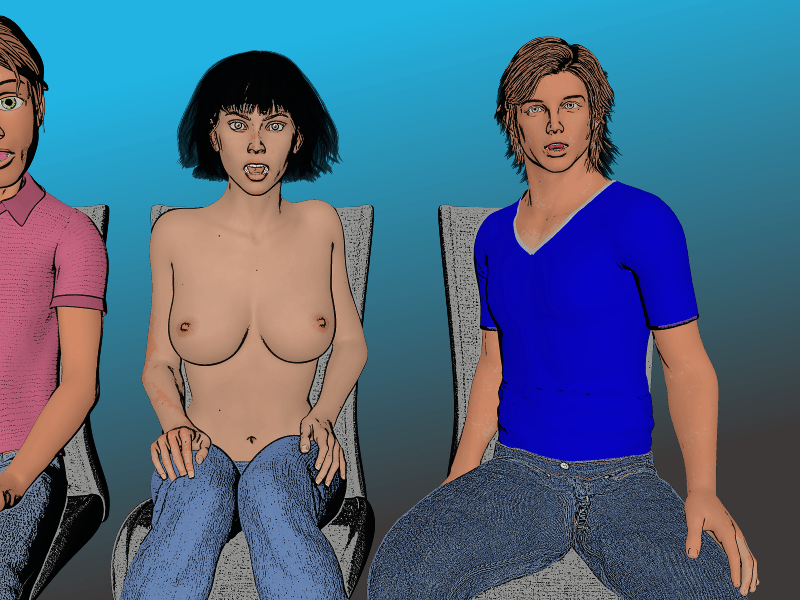 But if you've ever had an HONORARY big sister -- they're EVEN WORSE than the real thing! They feel compulsively that they have to out-bully, out-ridicule, out-humiliate out-aggress the hyenas.

What's a little brother to do?

Well, we've met Commander Awesome already in Dr Diggler chapter 3. We're not entirely sure if he's more expert than con-man, or if he's more slick than substance -- but we DO have to admit that the man can mass-fascinate an audience quicker than a big sister can say: Why you wise-ass little pu-- (fades off into a stupified look ... yeah, a lot like Lindsey above)

Well, one of the adventures in Dr Diggler chapter 3 has a crossover of several of the characters from The Whores' Whisperer. Bryan runs into Sammy, and they are soon joined by his honorary big sister Lindsey, who does her best to ridicule and humiliate the young men.

Then ... Awesome happens. He's somehow bizarrely fascinating and boring at the same time. He does tend to be more fascinating to beautiful ladies than to regular guys -- quite convenient, that. So the two college men find themselves chuckling at just how fascinated big sis Lindsey is ...

I'm busy composing passages for the next release of Dr Diggler chapter 3. I'll get it ready for you all as soon as it's at a releasable point. 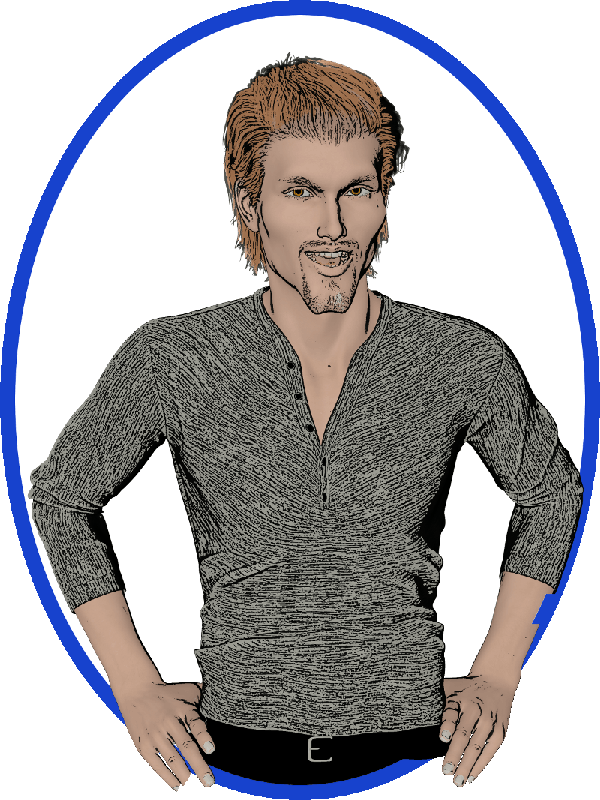 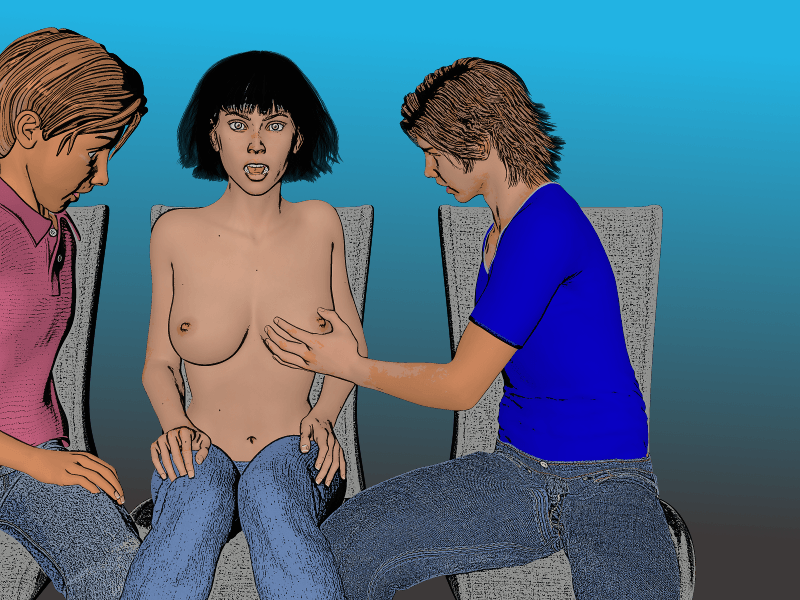 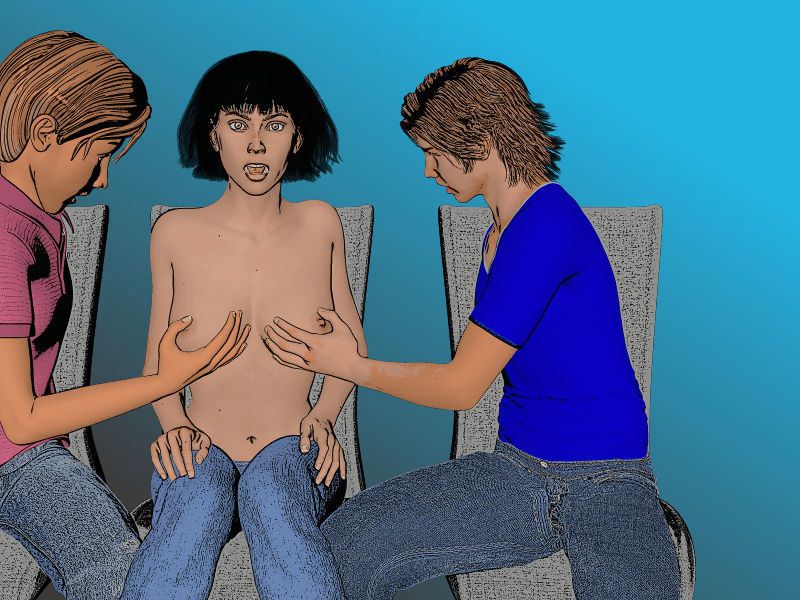 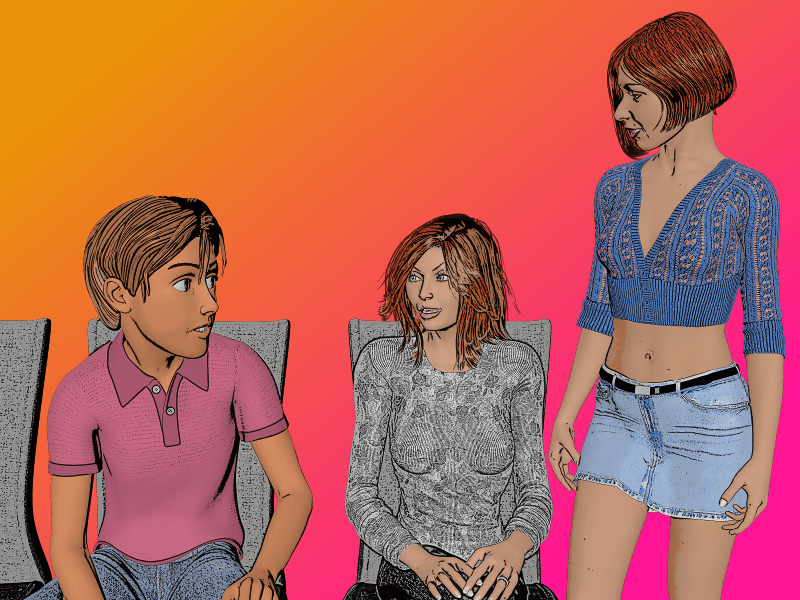 Of course, what kind of trouble could he get into with the two of them? I mean, the two can watch over each other, so that neither succumbs to anything ... untoward. Right?

Even with that mischievous speaker Awesome taking the stage --even if Awesome has a reputation for suddenly fascinating women, even when they're part of a large audience -- still, what could happen in a conference room crowded with people? Right?

Well ... what indeed? I have two more images below that let you peek at what mischief they DO manage to get into ...

For patrons that met the loyalty criteria a couple months ago, check the URL you received. I uploaded the 2nd of your 3 installments -- over 500 passages as a huge THANK YOU! I'll upload the third and final one in about a month.

For all patrons, and all who just enjoy our fantastic adventures, I'm busy working on the next update for Dr Diggler Chapter 3. The attached images are part of a branch I just finished with Mya (the sister) and Laura (the mom). What's still left to go before the release? I have two more branches to complete, fun ones with Trish; and 8 or 10 segments with Trish making her daily visits to Dr Diggler, slowly succumbing to ... things she never expected to feel, things no MILF/mom should ever feel; and some tweaks on the Easter egg (Dr Diggler compromising the BFF of Lisa (now Bryan's ex-true-love), working his way toward compromising Lisa herself ...)

I'm not quite close enough to give an accurate release date (a couple/few more weeks?), but I'm putting all my free time toward it and will continue to update you guys with sneak previews of what is in the release. 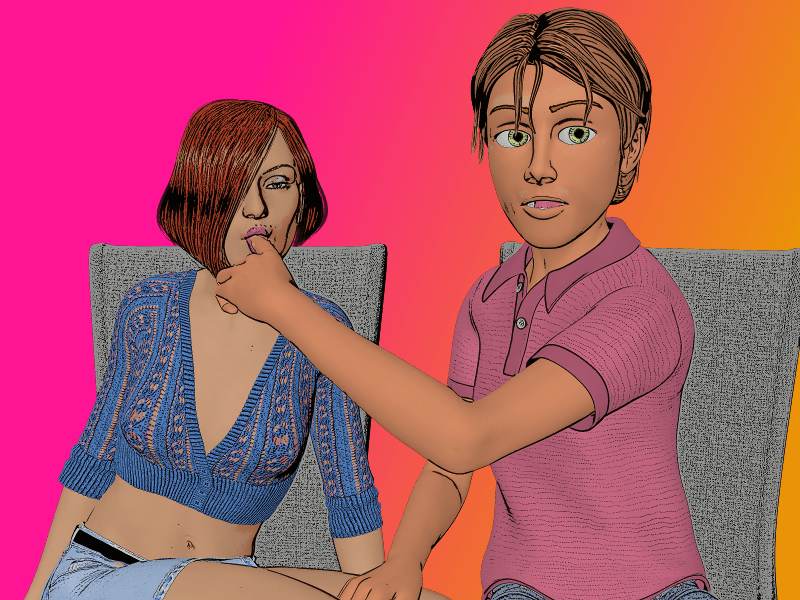 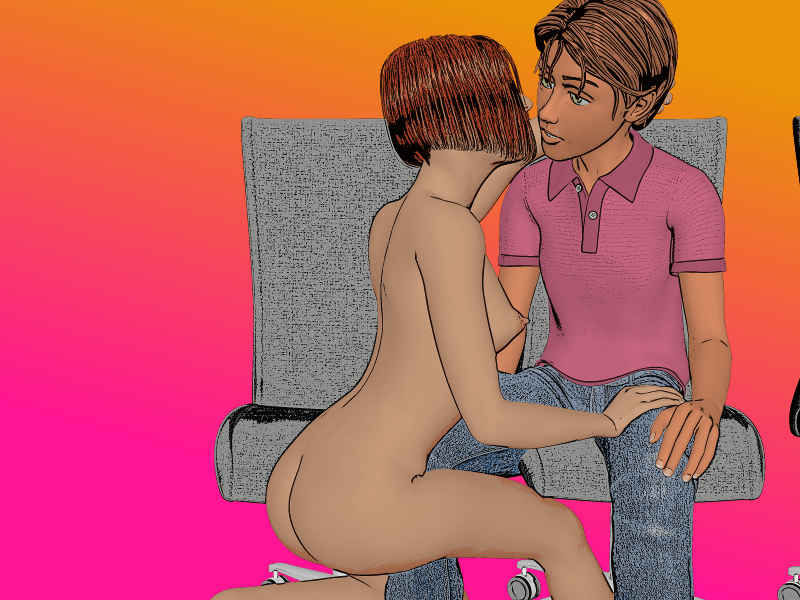