Villain, and Dollars and Sins Previews

The gentleman above is the character I'm toying with for the villain of Attitude Rectification -- as promised.

We're almost upon the time I said I'd have Dollars and Sins Preview 3 ready for you guys -- and I will have it up in a couple days. (Like Preview 2, it'll be a "Thank you!" for full/$10+ patrons, and I'll email you all the link.)

The trouble is, there's still a little more story that wants to be told for it. We're up a bit past 100 images, but there was still about another third-again-as-much plot that I wanted to fit in. I got it to a good breaking point for this release, but that remaining bit of plot is complaining that it wants to be told too.

I had been figuring to finish Preview 3 about now, then start back on Dr. Diggler, so I can have at least one project over halfway completed. (Heavy Petting will be huge, so I can put work toward it, but the percentage complete will still remain low. Plus, I think about 2/3 of you guys like Dr. Diggler slightly better than Heavy Petting -- at least until I get more Heavy Petting written. Then I'll have your interest hooked for that tale too! :)

So here's what I'm thinking to do. I'm going to finish that extra bit of plot for Dollars and Sins, and call it Preview 4. I'll aim to have it ready late this month or early next month. It'll be the third such preview for full patrons only (you guys are making out like bandits!), but I'll get back to freely available work after that, very likely with Dr. Diggler. Maybe I can finish up the 3rd level (out of 4 planned) and be 75% done!

That's the plan I'm looking at at the moment. I'll let you all know in a couple days when Preview 3 is up and available. 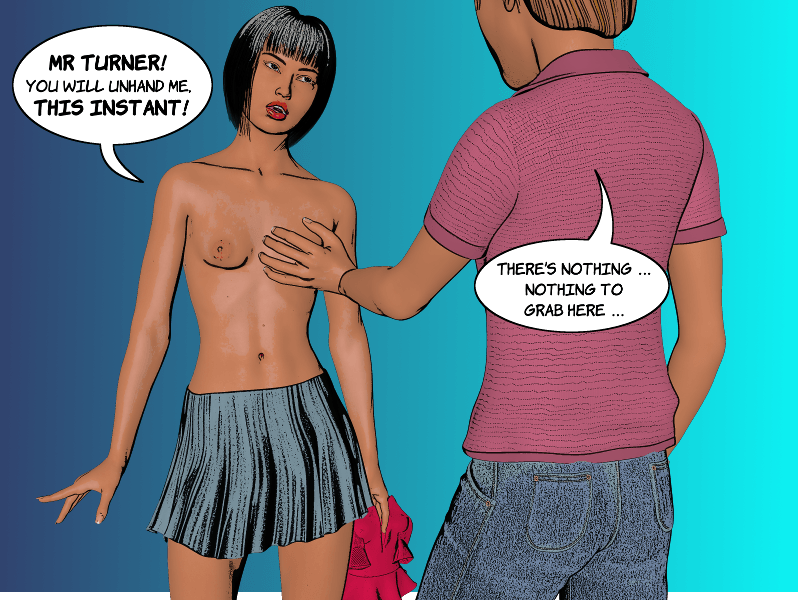 Well, we have enough creations going now (between Dr. Diggler, Heavy Petting, Dollars and Sins, etc) that I'd like to collect your opinions on story/content/format/etc. I've been doing this all along, but informally, as we chat in emails. Now it's time for ...