The complete first peek from upcoming Dr. Diggler scenes is now available for 5$ and higher patrons (and will be free for everyone when I release the next version of the game). I'll send out links shortly to patrons for the online version and the downloadable version for offline play.

So even if she spit, it would be an improvement for HIS sex life. 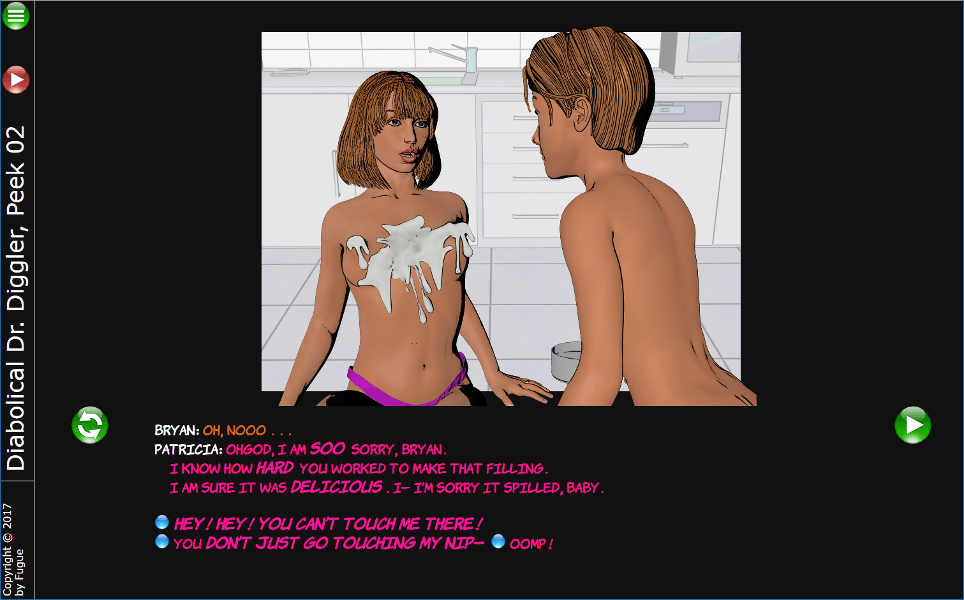 I guess I should ask you guys -- do you like long-ish sequences? Or hate them? I'm calling a "sequence" here, a series of pages/passages/images that doesn't really have menu options or forks for choices. With longer sequences, it tends more toward graphic novel stuff, and you have the opportunity to delve a little deeper with a plot movement, but it also feels a little less game-like. With shorter sequences, the game feels quicker, a little more gamelike, but you have to more just "touch" plot and move on, without being able to spend as much time on any well-chosen interesting plot events.

Before Christmas I was batting around starting a game, Control Group, that would emphasize the game aspect -- lots of choices without any particularly long sequences. But I also feel the tug sometimes to spend time on a particular plot sequence that I think you guys might find fun.

Well, let me know if you guys have strong opinions for or against longer sequences in these games. I'm still deciding whether I want to tend toward half-graphic-novel, half-game things; or to focus more on choppy, quick game-only things with just short sequences.

Regardless of what we decide we want to tend toward in the future, the particular sequence I'm working on now for Dr. Diggler, the Second Romantic Date, is a longer one (probably about 120-160 "passages" by the time it's done).

I had thought to get you guys a preview image this weekend, and then release part 1 of it next weekend to you. The trouble with sequences is that they tend to start off slower, and then get to the fun stuff coming more quickly toward the end. And what I can get finished by next weekend is not going to be a natural stopping point.

So I'm going to get you guys the preview images attached this weekend, and I'll have another preview image or two ready next weekend, and then I'll post the first part of the sequence the following weekend (May 27-28). It'll still be just the first part of the sequence (the Second Romantic Date is a series of catastrophic misadventures that almost puts our heroic couple off dating each other altogether!)

Setup for the attached preview image: Bryan has promised Trish that he'll make this pastry with just HEAVENLY filling in it for their date. Well, by a series of misadventures, they've soiled most of their clothes and are almost naked at this point, but are bravely continuing with their date. Bryan does prepare this inhumanly-good filling, but then ... slips on a vial of spices on the kitchen floor ... and Trish catches the filling on her tits. BUT-- the stuff is just TOO GOOD to NOT EAT ... 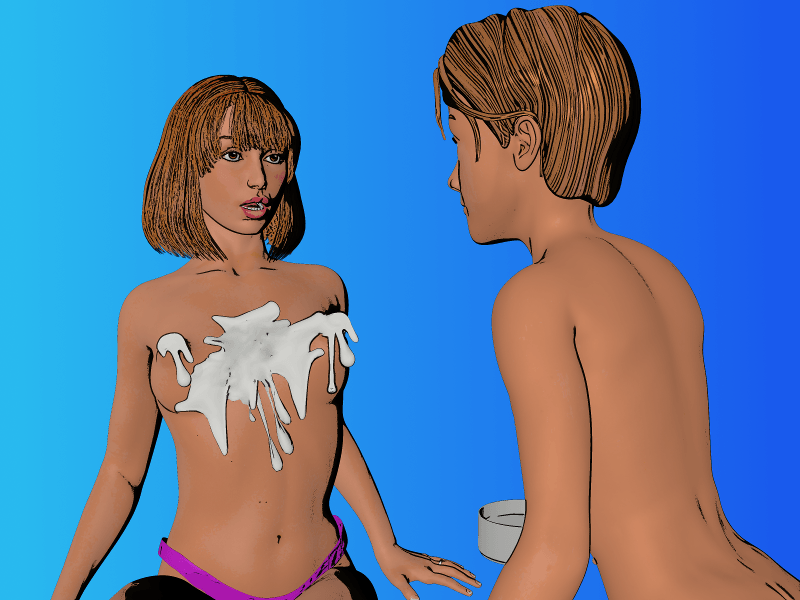 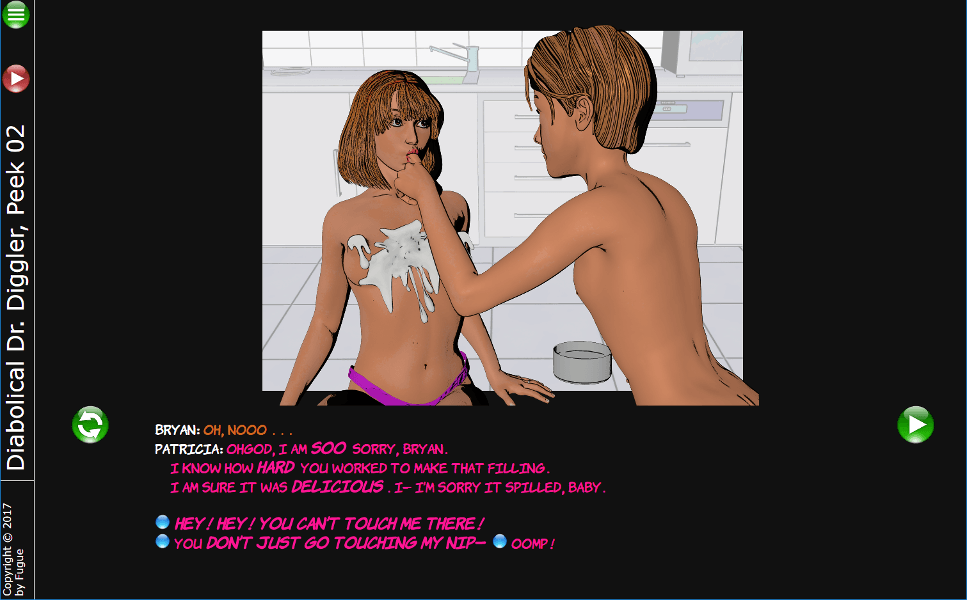 Hey, thanks to everyone that weighed in on the "interactive fiction versus fast-paced game" topic! Both in the comments to the last post, and in separate messages and emails. (Another way of describing the issue: how much "branching" does a work's plot diagram have or need?)

A lot more people came down open to, and even preferring, more "graphic novel" style, which kind of surprised me :)

FWIW, that suits my "writing mood" this month, as this Dr. Diggler sequence is fun enough (I think, and hope) that it's okay if it's mostly linear plot. (Another month, I may lean toward a lot more dynamic plotting -- I guess it'll depend on whether we're talking to the writer or the programmer in me ...) 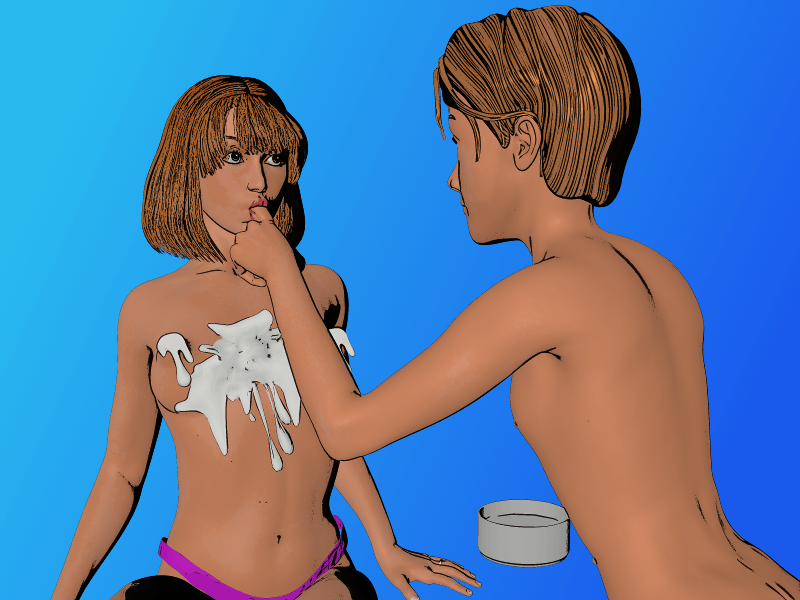 More previews from next weekend's Peek 2a 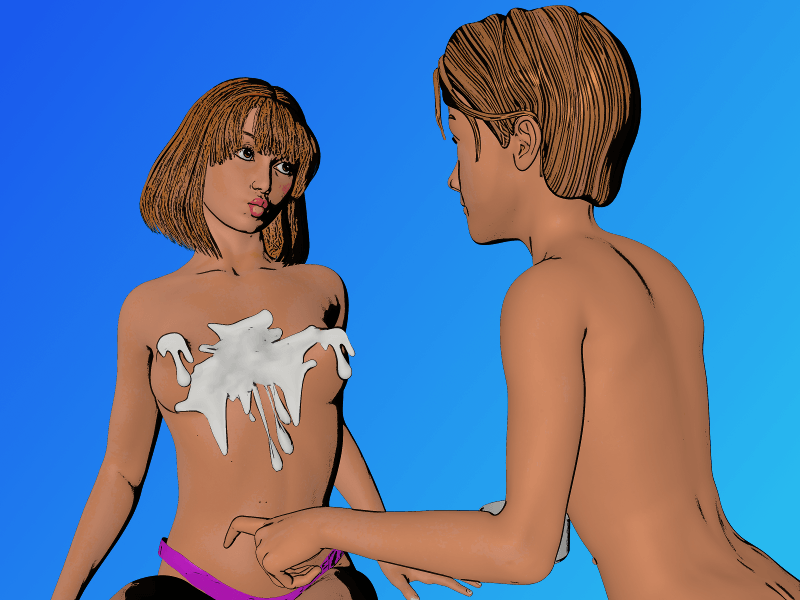 Well, you already know that Bryan has this inhumanly good recipe for pastry filling. And through an inadvertent series of events (or the displeasure of the gods), both partners of this romantic date find themselves basically unclothed. At that point, Patricia takes it on the chest -- no, no, the pastry filling, you filthy minds!

Well, she hadn't fully believed him, but she finds out that Bryan was RIGHT! This filling IS just-- MMMMM!

(She's rolling it on her tongue above, and judging it GOOOOD below ...) 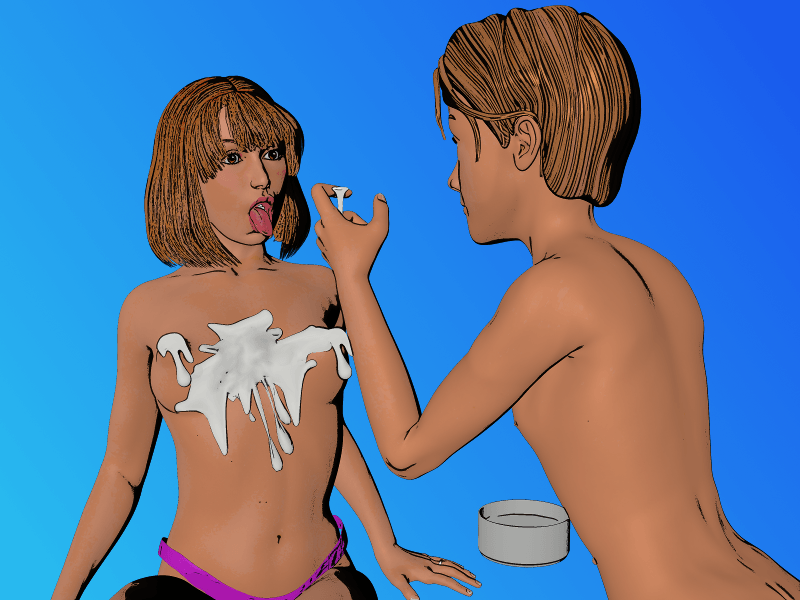 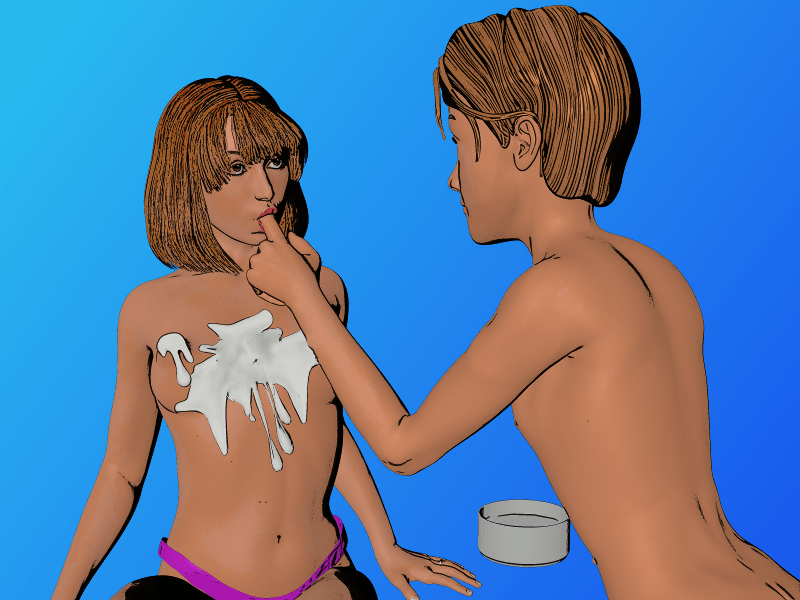 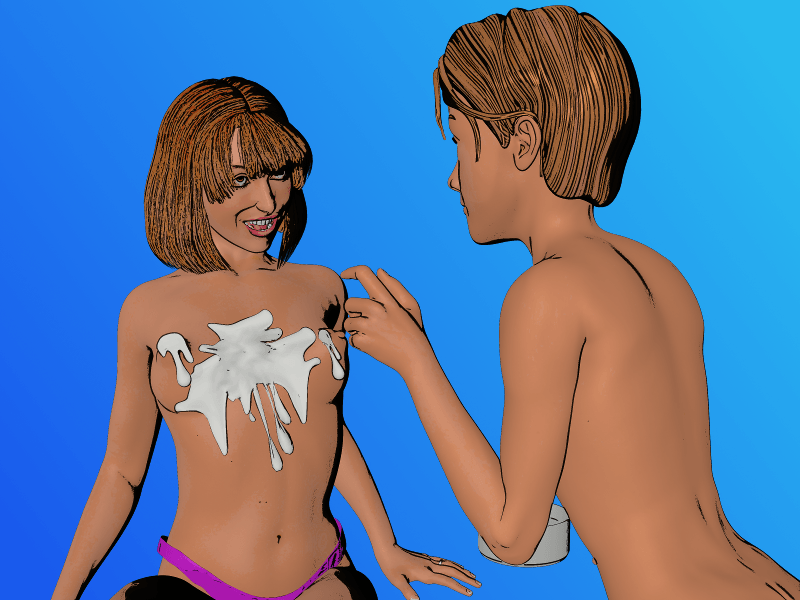 Dr. Diggler Peek 2a (free) and 2b (patrons) released 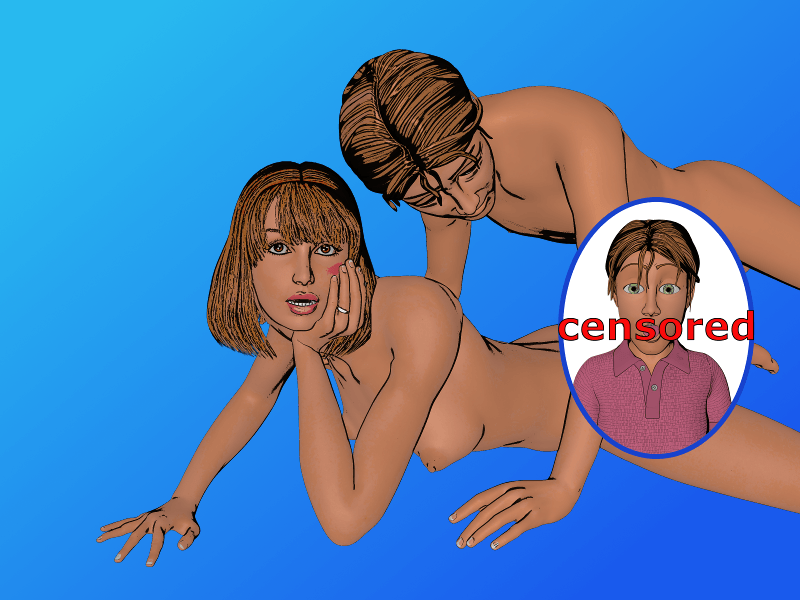 As promised, the first part of Dr. Diggler peek 2 is now available!

The free version has about 38 passages/pages, and is available at these links: