The next installment of Dr. Diggler Peek 2 is up. We're approaching the end of this peek -- just one more installment.

Our heroic couple is stuck in quite a predicament. How WILL they disentangle themselves?

I'll post links for 5$ and above patrons shortly. We'll wrap this up in about two weeks. Up next week is more of The Enslavement of Theresa Simpson.

Middle Draft, and the Next Installment of The Enslavement of Theresa Simpson

I mentioned before that these installments are at the beta level. What does that mean?

Well, they are certainly not "first draft". I prepare scripts before I start illustrating, and then I've probably reread every line of these installments a dozen or more times while I prepare the images, reword things so the dialog is either natural or striking (depending on context), etc. etc.

The "beta test level" means they are not "final draft". They are instead "middle draft". This does two things for you all. First, it gives you a quick peek at "how the sausage is made" in the writing process, if you're interested. You get a quick taste of an author's intermediate steps. The second thing is you get whatever enjoyment they bring you MUCH sooner. Just ask the literally millions of words I have laying around here that are stuck in "polish and age, then repeat" limbo :)

What kinds of changes can you expect between what you read/play here and the final product? Three broad kinds come to mind.

First, it's possible there may be a small number of typos. There won't be many of these. I'm a pretty good speller to begin with. My fingers do sometimes have a mind of their own ("finger dyslexia"), but I've reread the lines so many times that any remaining mistakes tend to be where the word is so close to the word I intended that I keep re-reading in the intended word instead of the word that's actually there.

So typos MAY happen, but in pretty small amounts.

The second type of changes are backfixes and other technical patches. On the writing half, maybe later plot requires some prop to be left on a table so a character can grab it -- okay, so I go back two scenes and make sure I leave said prop there. On the illustrating half, maybe I didn't include a fast food bag on a cart, that I later need to be there, so I need to go back and redo 3-4 images to include the bag. I've already changed the day of the week of Paul's arrival. First draft had him coming home on a Friday night; later plot worked better if he arrived late Wednesday night (but first, mentally check: is this reasonable with real-world class final exams? yes? okay, good), so I've already backpatched that change into the story before you even see it. But other backfixes may remain.

The third type of changes will be polishing, and also smoothing at the joints and seams. The mood, sexiness, intensity, etc. should flow from scene to scene. If Theresa is very angry in one scene, she should probably remain a little miffed in the next (or have a good reason why not), for instance. You can't fully do this smoothing until you have the scenes written and illustrated and lined up next to each other, so it tends to happen later in the writing process.

The "polishing" portion of this is when you play up the things that did work in the scenes, so they work even better; and the ideas you had that didn't pan out get downplayed or even removed altogether.

There you go! You have a quick peek now at some of the details involved in bringing new worlds to life! And while I'm on this topic, I'll encourage anyone that's interested -- pick up a pen or a keyboard and write! The more of us scribbling out new worlds, the more gems we'll uncover!

(P.S. A hundred passages is quite a bit -- lots of images to pick from for this week's free pics, so I pulled 5 images instead of the usual 2. Enjoy!) 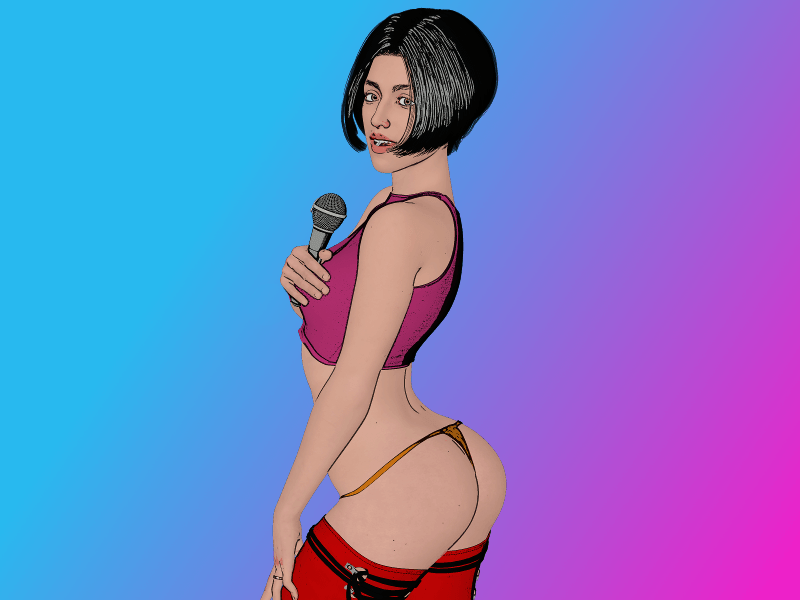 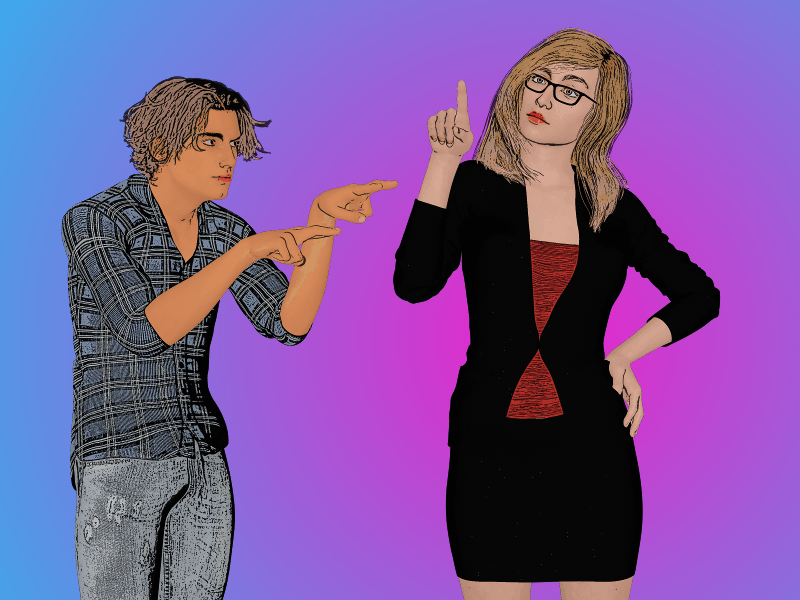 The final installment of Dr. Diggler Peek 2 is up.

I'll post links for 5$ and above patrons shortly. The next Dr. Diggler peek will most likely be the double-date with Bryan and Trish and Dr. Diggler and Bryan's ex-true-love; if not, it'll be a collection of peeks on what Trish does during the day (I'm adding a new menu option to check on her activities during the day). Up next week is more of The Enslavement of Theresa Simpson.

Next Release in “The Enslavement of Theresa Simpson” 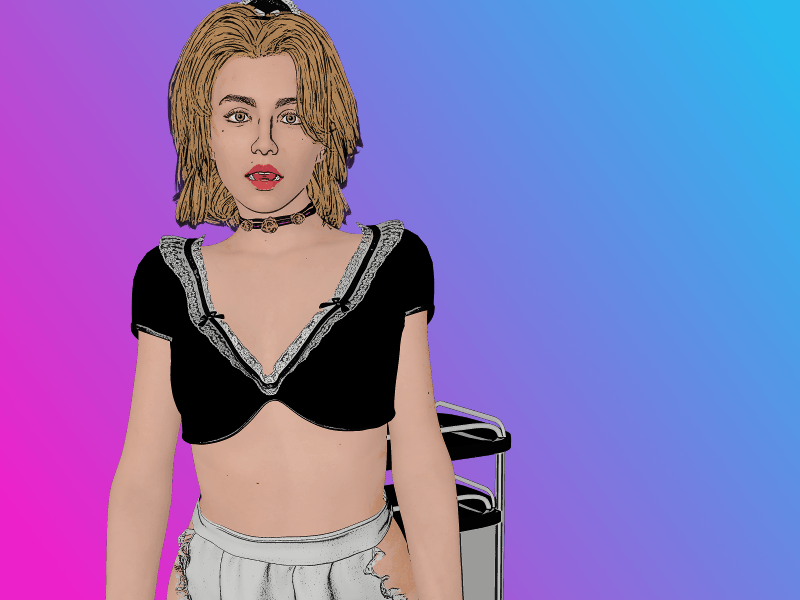 The next release is available for “The Enslavement of Theresa Simpson” -- description below. I'll post links for full ($10+) patrons shortly. 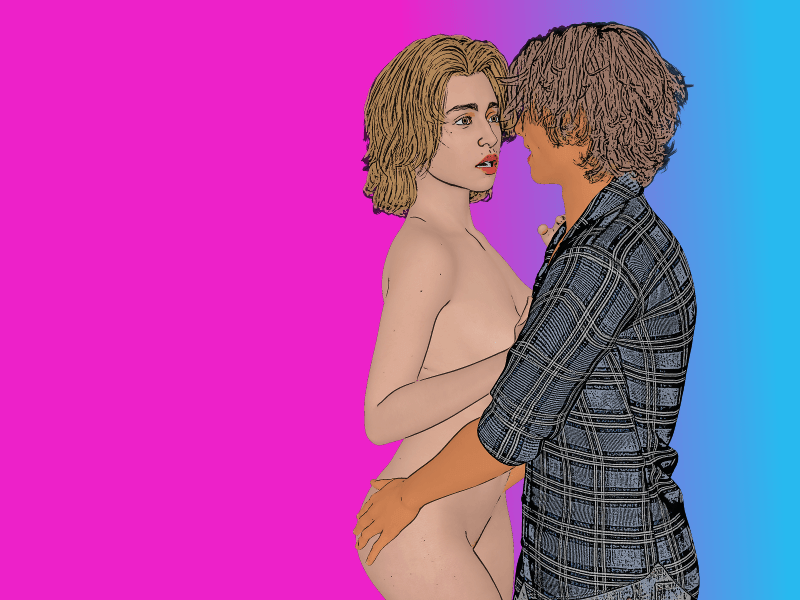 Paul has come home from University for Christmas break, only to find his parents mysteriously desperate to please a former classmate of his, the villainous Brad.

Paul studies for clues on how to free his parents. His stepmom is showing minor signs of obsessive-compulsive disorder, which she's never shown before -- a clue? She also turns his stomach a few times with how far she's willing to demean herself to please our villain.

Finally, she angrily chastizes him for not following her advice to get the hell out of here and save his soul while he still can! 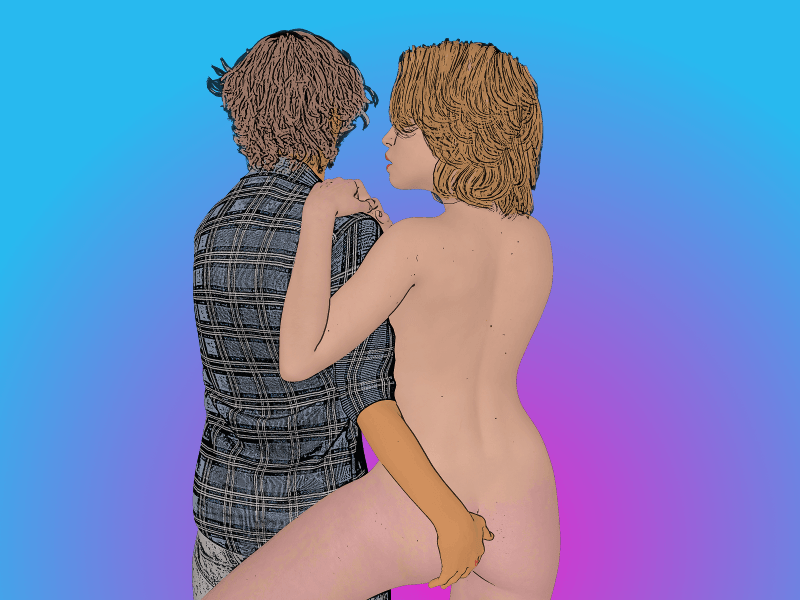 Brad ridicules Terri's stupidity in her task of cleaning the bathroom.

Paul continues to search for clues to save his parents. Terri is showing signs of emotional incontinence -- another clue?

He also wishes everyone -- including Terri HERSELF -- would stop calling her an idiot. She's NOT an idiot! She's just DEMEANINGLY DESPERATE to ... please Brad.

Can Paul find the clue to save his family? Will Terri be able to talk sense into her son, to get him to leave and never come back, before he's turned into a pathetic thing like his father? Or will Brad just dick over the whole family ... 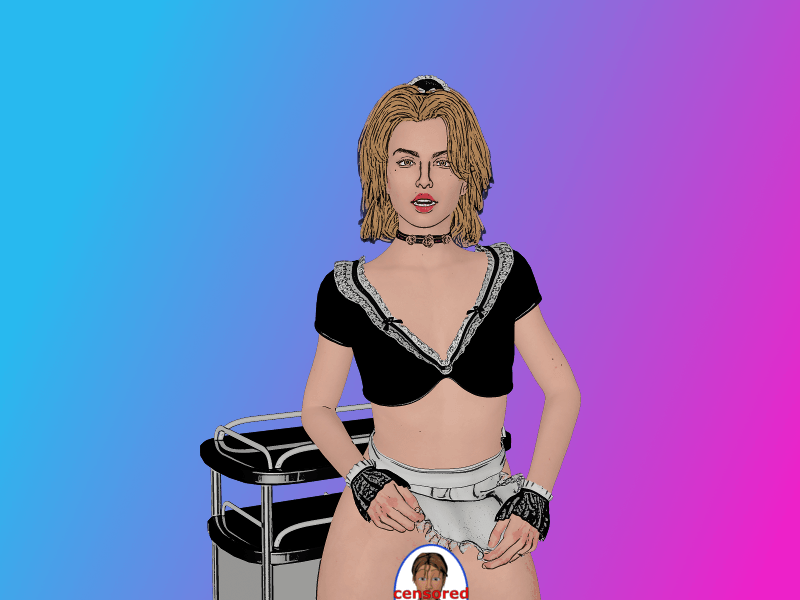