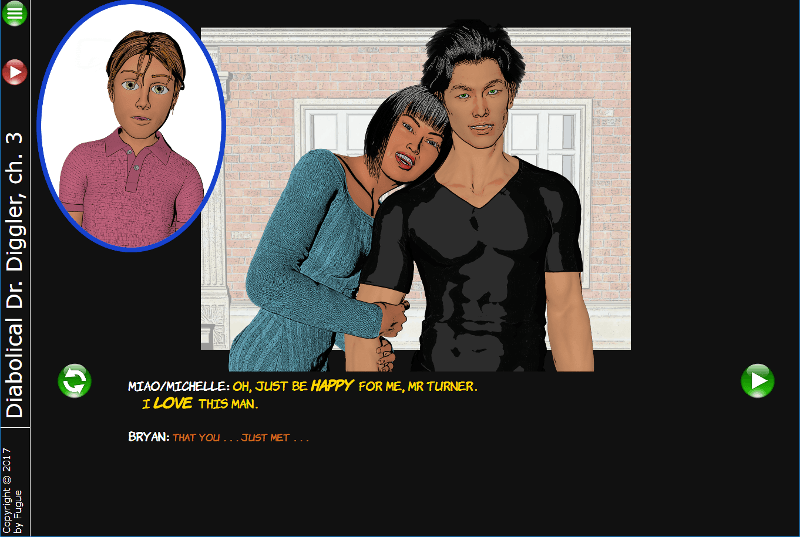 Working hard on Dr Diggler! As you can see from the screenshot, some of the characters in this update are familiar friends (like pretty but small-breasted professor Michelle Gatsby and our hero, university sophomore Bryan Turner), and some are new (like David Lo Pan IV on the right above, formerly a subatomic physicist, now a manipulator of reality).

We'll find out in this update that our heroine Patricia has been making secret side trips to Dr Diggler's office during the day, and we'll see some of the small "adjustments" he's been making to her attitudes. Also during this update, Armitage University is holding its annual MC Symposium, and we'll follow Bryan as he meets a couple other world-class manipulators, and as he (and we) learn a few secrets about diabolical Dr Diggler.

This update is looking like it may be a little bit bigger than the 2nd update. I don't like going too long without having something to show you guys, so I'm thinking about making early releases for this update when I get to the 1/4 done point, at the 1/2 done point, and at the 3/4 done point, and then the final release when all done. I should be able to break it up so that each of those releases will be a good, playable release. 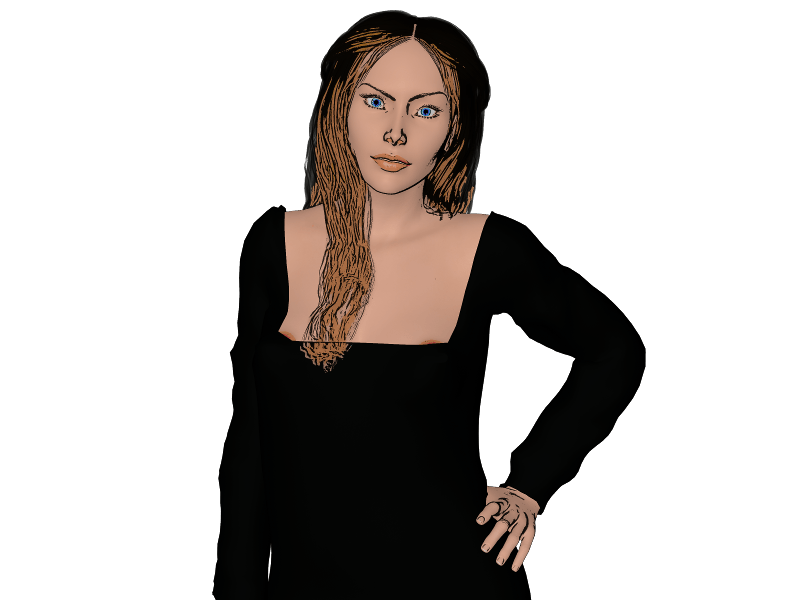 If you guys remember, we talked a few months ago about a Sister Teresa from the local church helping Trish try to resist Dr Diggler's evil ways (it was about the same time we were also talking about Trish calling in her older sister and younger sister to help her think clearly and resist Dr Diggler's machinations). I had doodled up a couple images of her that -- well, I thought I could do a little better. So I worked on that a little, and her images are attached. It's important, since Sister Teresa is going to have a role in the upcoming Chapter 3 of Dr Diggler. (And Trish's older and younger sisters will have roles in chapters 4 and/or 5.)

Anyway, Sister Teresa Diaz is a renegade nun (actually, she's in the process of "renegading" during chapter 3, but she will very soon be a renegade nun). She helps our heroine strengthen her will (until Trish is able to metaphorically (superheroic voice here ...) crush little coal briquettes of temptation into pure diamond gems of purity!)

But will that be enough to resist Dr Diggler? Will EITHER of them manage to escape Dr Diggler's diabolical ways? 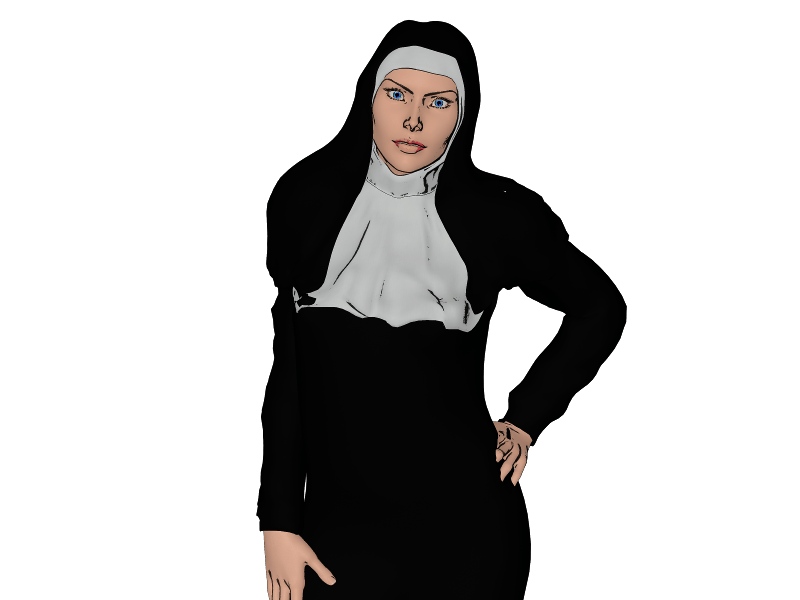 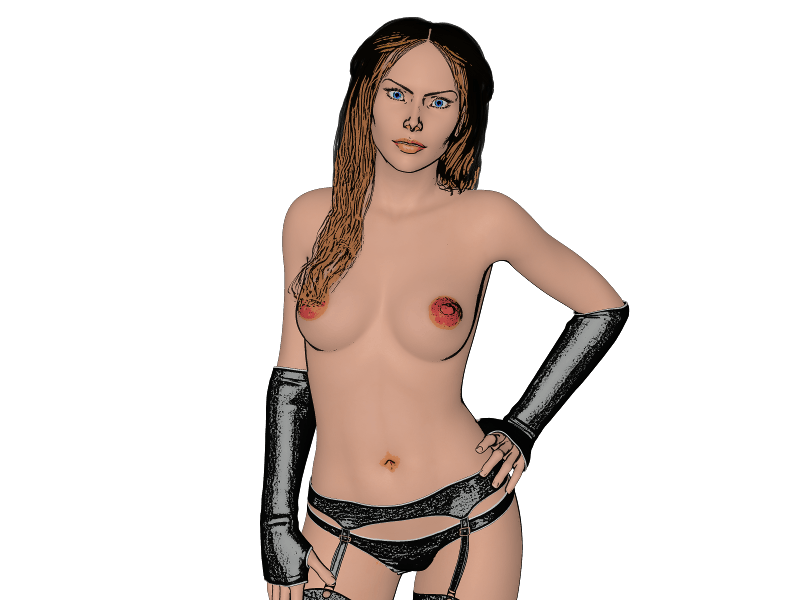 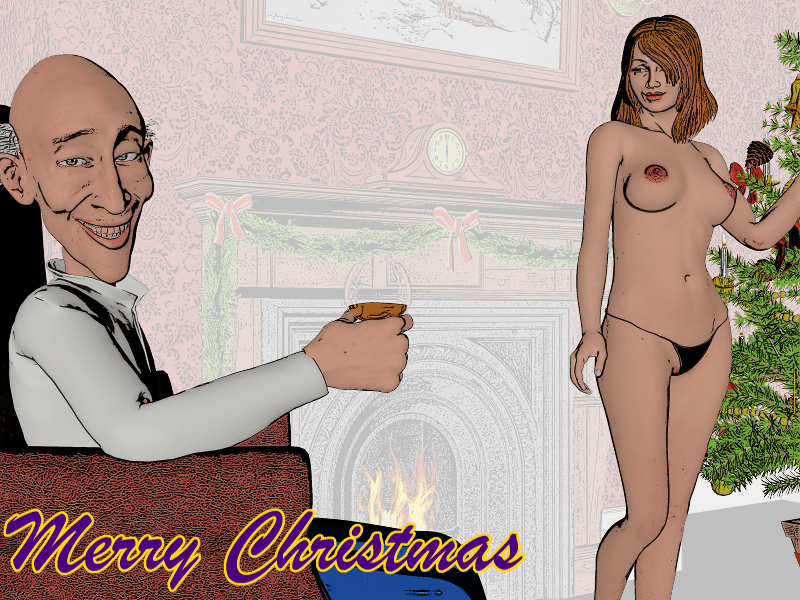 Just wishing you Happy Holidays from Dr Diggler, Lisa, Fugue, and all the rest of the gang!

Hope your Christmas, Hanukkah, Winter Solstice, Kwanzaa, etc. is wonderful for you, and may the next year bring you wonderful things! 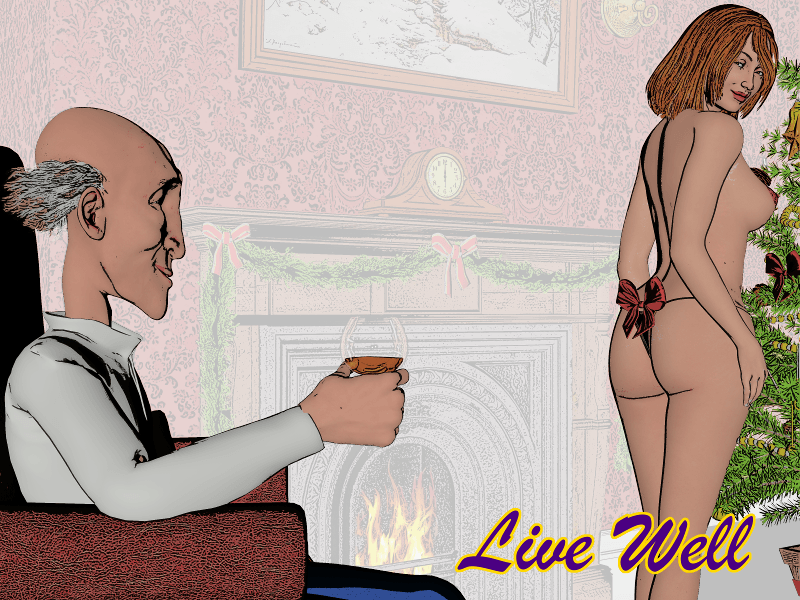 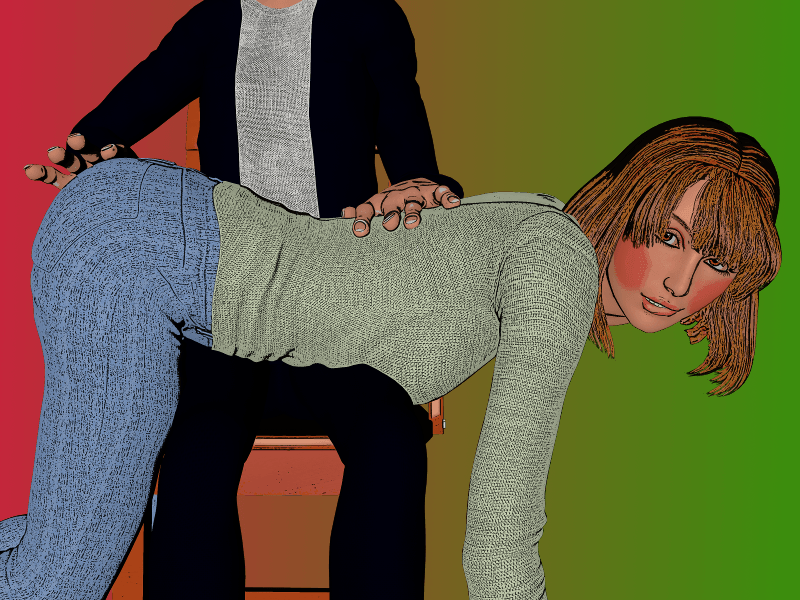 I have a new Dr Diggler release! It's for Chapter 3, where Bryan is now able to wonder what Trish is up to during the day, and we get to see some of how she succumbs to Dr Diggler. We also have some side adventures at the MC Symposium being held on campus.

This is version 0.2 of Chapter 3, and is about 20% done -- so more releases later, but you can have some fun with this one in the meantime!

You'll probably want to play it a few times, to travel the different paths through it -- some things happen on just one path, but not on another. There are a couple bad endings you can reach, but the game is not SOO big that that's a real pain.

I have re-verified that the SAVE and LOAD buttons do work for several browsers (NOT Internet Explorer, which normally doesn't work like the other kids). You can save to/load from a quick slot (which saves it to an area in the browser's temporary space); or you can save to/load from an external file, in which case you can specify the filename you want to save to. After you load, you may need to click the big green arrow button twice (instead of just once) -- I'll hunt down and see what's causing that quirk later.

The game is free for everyone, at:

In the next week or so, I'll put together a cheat and a map of the storylines for full (10$ or more) patrons, which they can use as a guide to the nooks and crannies of the paths through the game.

Have fun! Hope you enjoy!
Fugue

(Pity the guy in the blue shirt below ... his stepmother climaxed and blew out all her fuses with pleasure, so the poor guy has an unconscious lady on his hands now until she recovers and awakens ...) 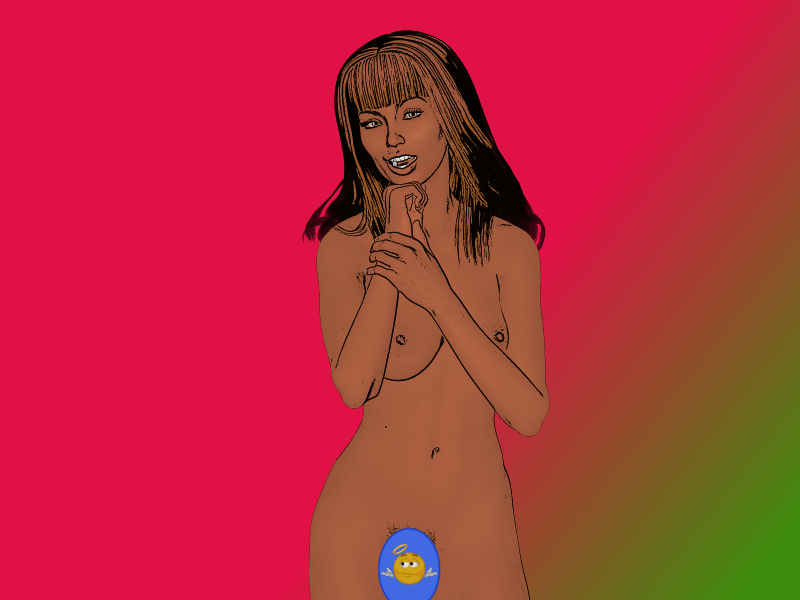 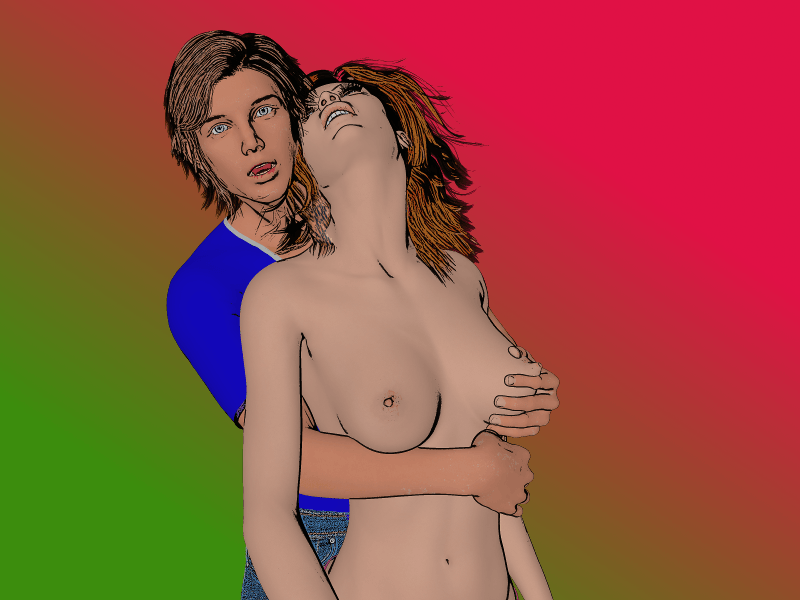 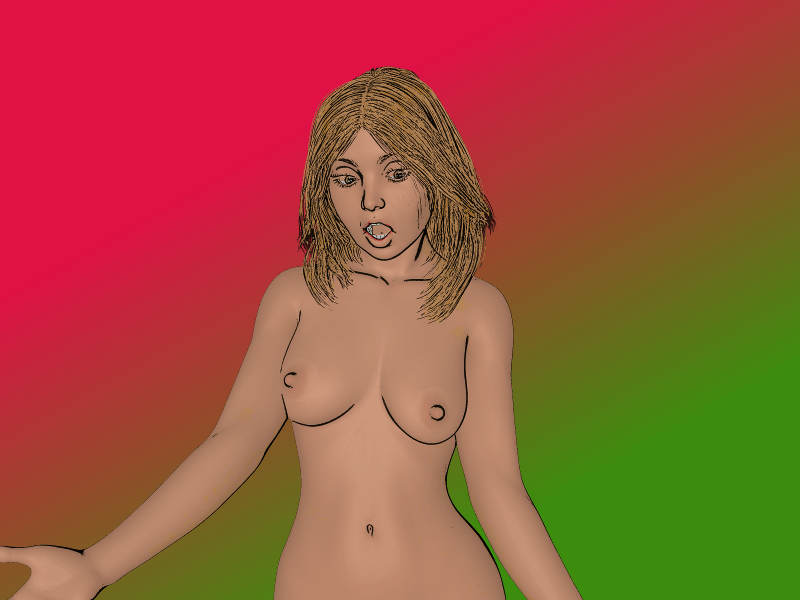 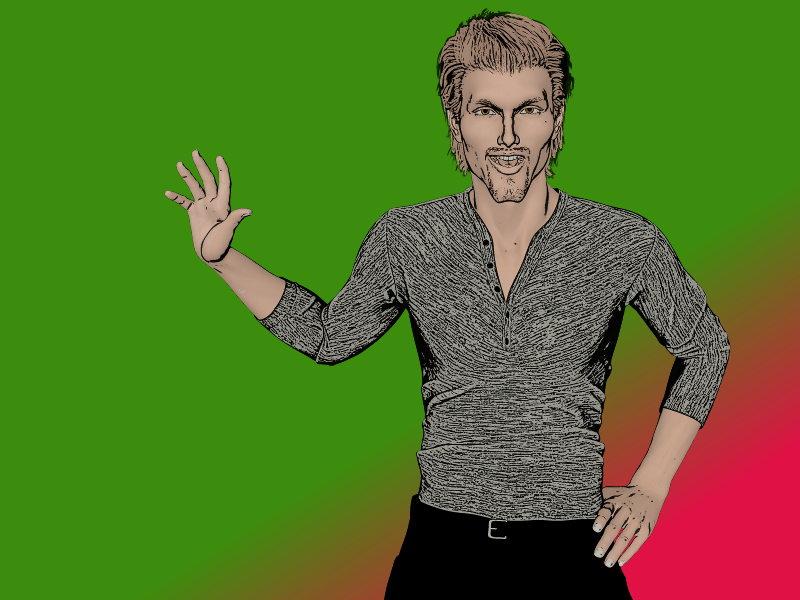