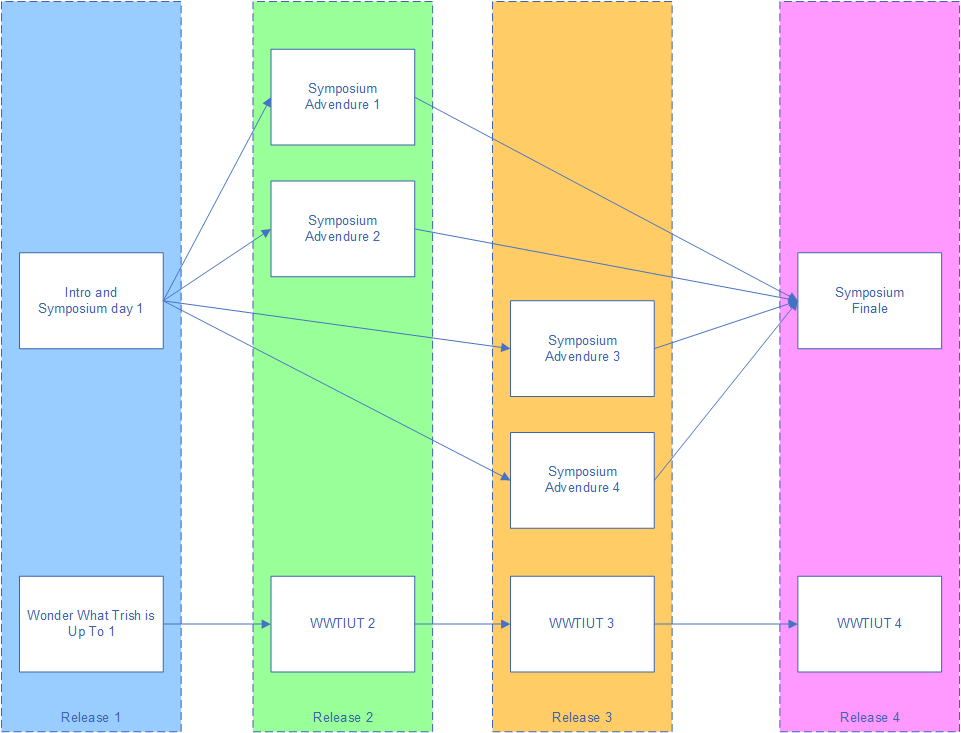 First of all, you guys rock.

A lot of Patreon creators complain about patrons that pledge, slurp up everything available (sometimes years' worth of creations), then discontinue the pledge (or worse yet, try to get the pledge stopped, to wind up with everything for free). Yes, there are folks that try to pull that trick. I see them as sort of the "cost of doing business". Likewise, if you're going to ship goods from Boston to New York, you're going to have to waste some petrol/gasoline on simple dumb friction, sapping the rig's speed off to pointlessly heat the pavement along the way. It's frustrating, but it's physics. Same thing.

Instead of the flaky patrons, I focus instead on the sincere ones, and on the trust we build up with each other. I try to do a sincere, professional job for you all; and your support says that you do like the creations I make, and that you believe enough in them and me to invest to cover part of the costs of more creations.

But! ... you guys go even further than that. Last year, in keeping good faith, I told you guys that I was going to be a little slower during 2017 Feb and Mar, and that some might want to cancel your recurring pledges for a couple months and come back when I was back at full speed. Some of you did; a surprising number of you just stood by your pledges. Wow ... thank you.

This year, I cleverly planned to work hard and build up a "lead" that I could use to fill Feb and Mar when my mundane job got so busy. Then Patreon changed their guidelines (that's okay -- their site, their business, their rules -- that's how it works), making much of my "lead" useless. I've been able to rework some drafts for you all that weren't intended to be released yet, but still, I've had to drop from updating every other week to every 3rd week these couple months. A few patrons have moved elsewhere, but ... again, many of you have stayed with me, confident enough that your investments will result in good creations. Again, wow ... thank you. For your belief in me and my creations.

So it's you guys I want to especially reward now. The ones that have stood by your support during this year's busy period for me. You guys have stood by your investment, and I'm going to make sure it pays off for you, even beyond what I normally produce.

What I'd like to do is reward everyone that's been with me the last 4 months or so, but it's not simple for me to check that on Patreon. So let's do it like this. If you're a 5$ or more patron this month, and you're a 5$ or more patron on Apr 12, and your lifetime support is 50$ or more -- if you fall in this category, I will provide you a URL on Apr 12. The URL won't be filled on Apr 12 (I'm still not quite out of my busy period yet), but I will have the first bonus for you there by Apr 30. And then I will have a 2nd bonus for you later after that (no promise on the date, but maybe a month later; I CAN promise the size -- it will be big). And then a 3rd bonus after that.

You guys have had enough faith that good creations would come out of your patronage, that I am going to make sure they do.

Second topic, what's coming up in months to come? I'm planning to focus especially on two creations -- Dr Diggler and a game I've been toying with for over a year that I think you guys will like (a lot, I think, but we'll see).

For Dr Diggler, you can see the main overview of chapter 3 in the diagram above. You already have the first day of the symposium and the first fourth of wondering what Trish is doing. The next release will have two of the four middle adventures, and some more wondering what Trish is up to. The third release will be the other two middle adventures and another fourth of wondering about Trish's naughty shenanigans. Finally, the fourth release will have the climax of the symposium and the last bit of getting to know a dirtier Trish.

The other game is called "Control Group," and like I said, I've been collecting and tinkering with ideas for it for about a year now. I've gotten quite a few more good ideas for it while I'm working my butt off at my mundane job (I can still get ideas during my busy times, I just don't have time to write and draw them). It will definitely be highly non-linear (in other words, very much a game like Dr Diggler, and not graphic novel-like, like a couple other recent creations I've released lately).

Here's to all of our good futures!
Fugue

Planning Easter Egg for Next Release of Dr Diggler Chapter 3 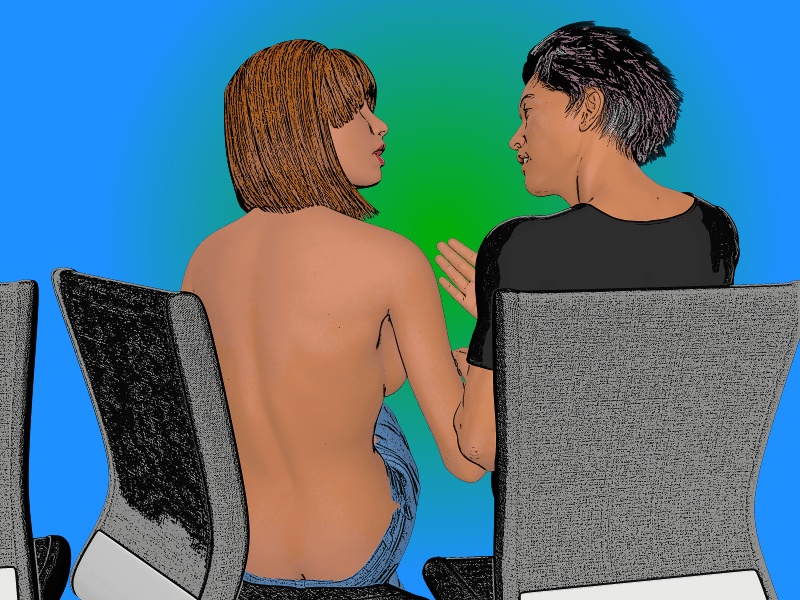 The next version of Dr Diggler chapter 3 will have two of the four-planned middle adventures, plus we'll peek in a little more on how Trish succumbed to Dr Diggler -- PLUS ... an extra, secret adventure. I'll probably work that last in as an easter egg that you'll have to spot to play it.

You may have noticed that I'm experimenting a little along the scale of non-linearity. On one end of the scale, there's just a single path through the game (so "linear"), and this is more like a dynamic graphic novel. The Theresa Simpson story was mostly on this end of the scale.

In the middle of that scale, you can make game choices and end up with different endings -- sort of like the old Create Your Own Adventure books. Most of Dr Diggler chapter 3 falls here. And part of the fun is that it's worthwhile to play several times, and explore the multiple possible endings.

At the other end of the scale are the very non-linear games, that are more like role-playing. These are hard to predict, because there are thousands or millions of paths through the game (depending on how much time you spend making money, how far you go toward seducing our heroines, etc.). The easter egg part of the next release will fall in this area of the scale. I've had a couple ideas on how to better organize the game logic for this, and I want to try showing it off for you guys if I can get it to work.

The second creation that I plan to work on this year, Control Group, will also fall on this non-linear end of the scale. I think you guys will like it.

The third creation is the loyalty reward that I mentioned last post, for those of you that have stood by me while I unexpectedly had to slow down the last two months, from updating every 2nd week to every 3rd week. This is going to be a freaking BIG reward -- like over-a-thousand-passages big. You guys believed in your investment, and I'm going to make sure it pays off for you. On Saturday (the 31st), I'll note 10$ and above patrons. On Apr 12, I'll note 10$ and above patrons again. Patrons that are on both lists, and have 50$ or more total lifetime support will get a URL on Apr 12. At first, the URL will be empty, but by Apr 30, I'll have the first installment placed there. Then there will be two more installments in months after that. And they will be big.