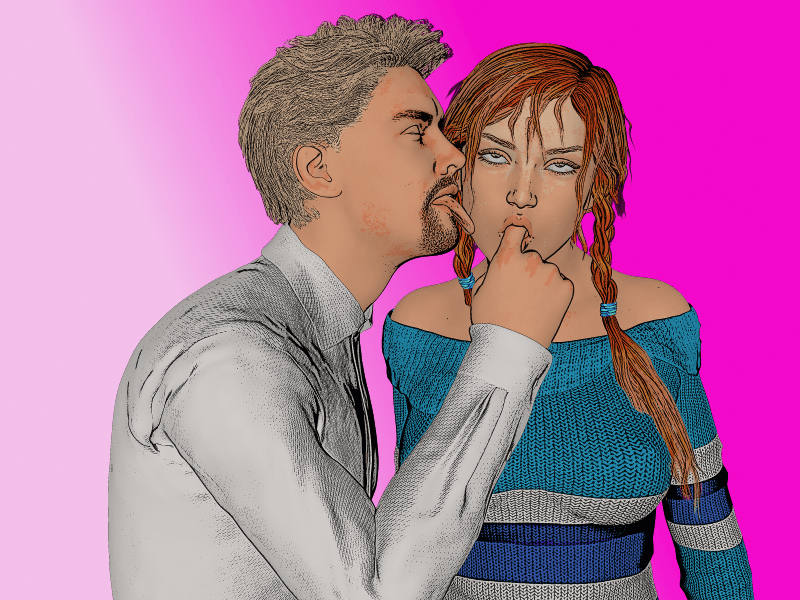 As I've mentioned, the other game that I'm working on this year (besides Dr Diggler) is Aftermarket. It will have a quicker pace, with more choices, more like a role-playing game than a create-your-own-adventure game.

It's not ready for release yet, but one of the ways I can let you guys enjoy parts of it in the meantime is to make some of the more important sequences into short comics for you all. The comics can stand on their own, though there will be more content in the game eventually than in the comics.

So ... issue 1 of Aftermarket is now available. The URLs are below.

The annoyed lady getting her face licked above is Jeanine, our hero's mom (technically, stepmom). Last week, she tagged along with her husband on his business trip to the coast, where they stayed on the Plaza by the Beach hotel. Poor hubby works like a dog for his boss, and she just felt that anything even close to a vacation together would do them good. Once they got there, she walked along the beach during the days while he sat in seminars, and they tried to make each evening date-night. And it did help -- they still love each other very much, but after 21 years of marriage, things do get ... comfortable.

(voice changes to sinister, cue dramatic music and darkened lighting ...) Unbeknownst to her, however, many of those memories of walking on the beach were false. They were planted in her mind to cover the fact that she was being insidiously reprogrammed by evil people ...

(voice and music back to playful) This week, her hubby's boss wants to try out his new purchase. That would be her.

The comic is available in two formats:

A sample page from the comic is below. Hope you guys enjoy!
Fugue 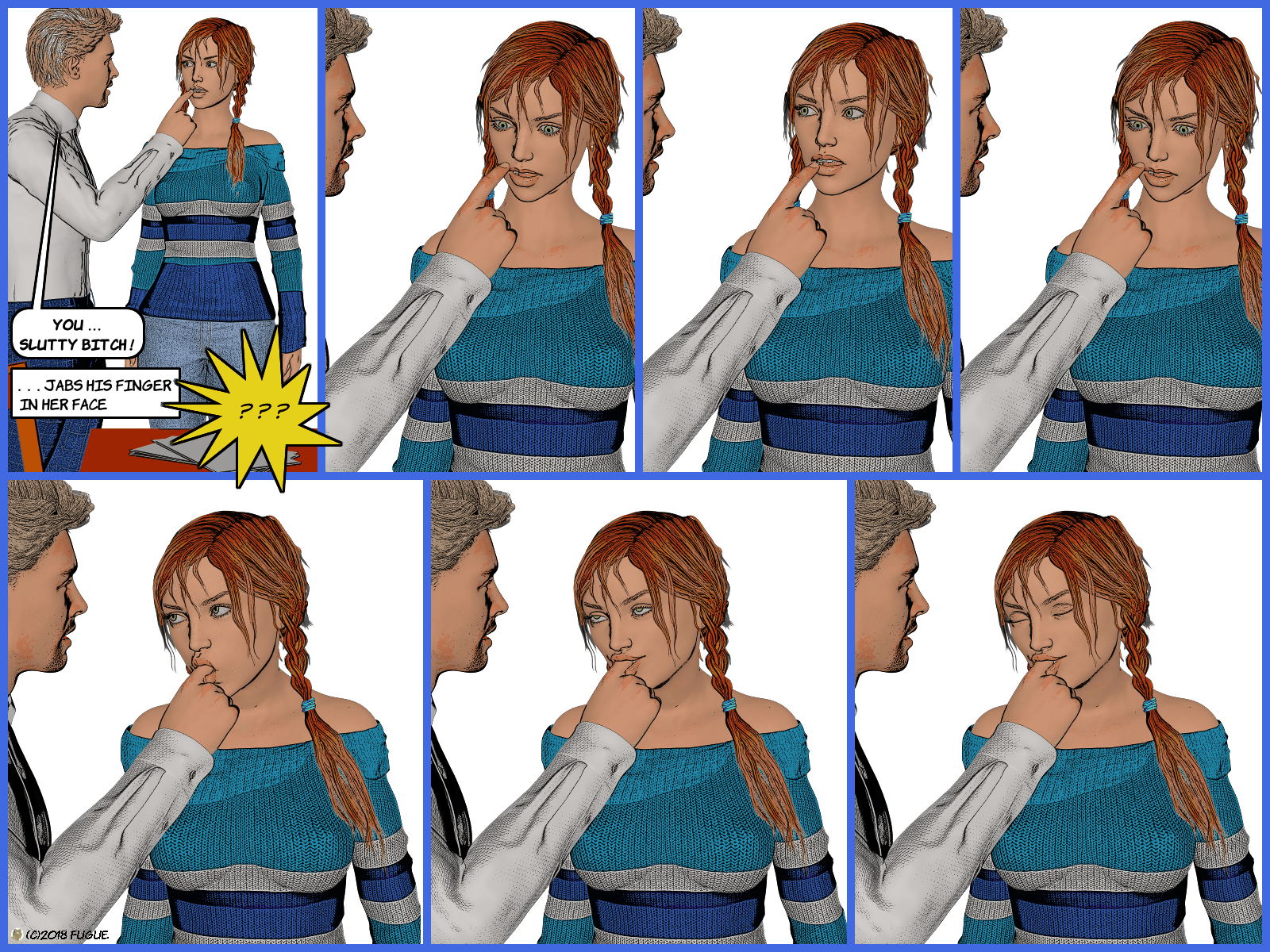 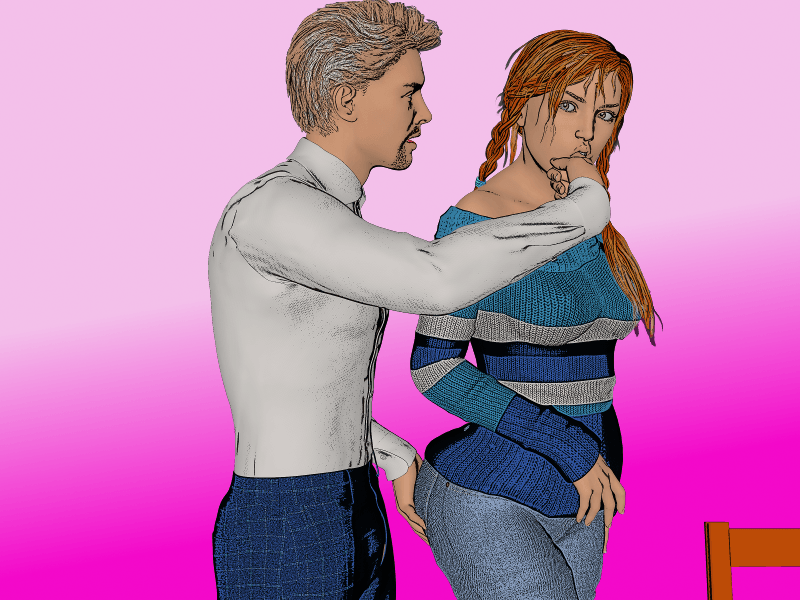 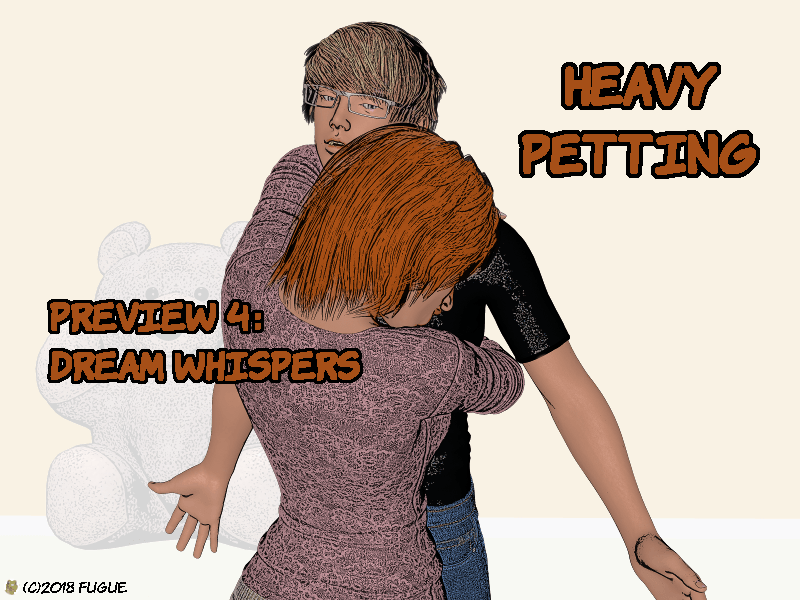 Reworked two more of the Heavy Petting previews into printable comic issues. Issue 3 is the same style as the previous two, with the dialog underneath the image; issue 4 has the dialog and words in traditional speech bubbles/balloons.

This gives us 3 different possible formats for straight (non-game) plotlines:

Format 1 (LIVE comic) has to stay for games -- there's no good way to do games in formats 2 or 3. But for straight plotlines (“linear” games), do you guys have a preference for one of the three formats over the others?

Oh, also: I had so much fun revisiting Heavy Petting that I scribbled out the script for an issue 5, where our hero Kevin is schtupping his hot neighbor Jennifer and ... gets CAUGHT! He also finds out something significant about whatever wonderful terrible thing has been done to all these ladies in town ... 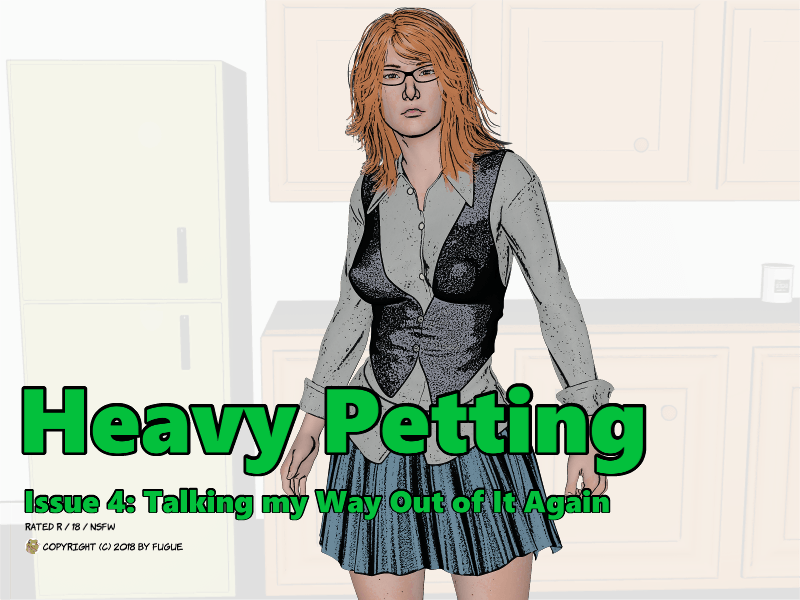